from records kept by Christopher Smith

So this was the chart that Radio 1 DJ Bruno Brookes broadcast from 5-7pm with data from the GALLUP computer based on record sales from Monday 17th to midnight on Saturday 22nd October 1988.

This is how the charts USED to look with new entries, climbers and non-movers, all based solely on record purchases.
This week, thirty years ago, there were eight new entry’s, eleven climbers and no non-movers. And it was announced like this…

39. Robin Beck – “The First Time”
New entry from this US singer and a song that’s used in the current Coca Cola advert on TV!

38. Heart – “Nothin’ At All”
Another new entry from this American group who have already scored big hits with year with “Alone” and “These Dreams”.

36. Gloria Estefan and The Miami Sound Machine – “1-2-3”
“Anything For You” has left the top 40, but Gloria and the gang are back with a new entry this week!

35. Kraze – “The Party”
Another new entry and another top ten on this weeks dance chart.

34. Level 42 – “Take A Look”
Yet another new entry from this band from the Isle of Wight and the follow up to “Heaven In My Hands”.

33. The Pet Shop Boys – “Domino Dancing”
Chris and Neil fall twelve this week but “Introspective” goes in at No.2 on the album chart!

32. Bananarama – “Love, Truth And Honesty”
After two weeks at No.23, Sara, Keren and Jacqui are down nine this week but their “Greatest Hits Collection” is in at No.5 on the album chart.

31. Guns N Roses – “Welcome To The Jungle”
This rock group get a new entry with the follow up to “Sweet Child O’ Mine” that left the chart five weeks ago.

30. U2 – “Desire”
Former number one and down 13 this week but “Rattle And Hum” stays at the top of the album chart this week.

28. Jolly Roger – “Acid Man”
Also up nine after a new entry last week is this house track that’s No.3 on the dance chart.

27. Sabrina – “All Of Me”
Down two for Sabrina this week after hitting a high of No.25 last week.

26. The Hollies – “He Ain’t Heavy, He’s My Brother”
Another former number one dropping twelve this week having spent two weeks on top last month.

25. Sinitta – “I Don’t Believe In Miracles”
Sinitta is down three this week after reaching a high of No.22 on last weeks top 40.

24. The Pasedenas – “Riding On A Train”
A fall of five this week for this London based group of vocalists.

22. Richie Rich – “All House You”
New entry last week and up ten places this week for the No.4 single on this weeks dance chart.

21. Deacon Blue – “Real Gone Kid”
This Scottish group get their highest placing yet on the UK top 40 as they are up eight places this week!

20. Jason Donovan – “Nothing Can Divide Us”
Jason’s down eight this week with his debut single that peaked at No.5 five weeks ago.

19. Art of Noise feat. Tom Jones – “Kiss”
New entry from this UK production team and the great Tom Jones with their version of Prince’s 1986 hit.

18. Robert Palmer – “She Makes My Day”
This weeks highest climber is up TWENTY places for Yorkshire born Robert and his biggest hit since “I Didn’t Mean To Turn You On”.

17. Royal House – “Can You Party”
Another dance tune that gets a big climb of thirteen places this week and now No.1 on the dance chart!

16. Phil Collins – “Groovy Kind Of Love”
Phil is down just three places this week but is already working on its follow up which is due next month!

15. Inner City – “Big Fun”
An amazing climb of one place this week for the former dance chart No.1 that peaked at No.8 on the top 40 FIVE weeks ago!

14. Beatmasters featuring PP Arnold – “Burn It Up”
Another climb of one place this week for The Beatmasters and Los Angeles born Patricia Cole aka PP Arnold.

13. Rick Astley – “She Wants To Dance With Me”
Down five this week for Rick but his new album is due out next month and there’s another single to come very soon too!

12. Womack And Womack – “Teardrops”
Down just two this week for husband and wife team Cecil and Linda with this song that’s been top 5 all over Europe so far.

11. Yazz – “Stand Up For Your Love Rights”
Yazz is back and gets this weeks highest new entry and has her debut album coming out next month as well.

10. Milli Vanilli – “Girl You Know It’s True”
After a climb of twenty last week, Rob and Fab are up another ten this week with their debut single that’s also doing big business across Europe.

9. Kim Wilde – “Never Trust A Stranger”
Down two for Kim this week with her third single from her now top ten album “Close”.

8. The Christians – “Harvest For The World”
Up one this week for this Liverpool group and a single raising funds for British third-world charities.

6. Bobby McFerrin – “Don’t Worry, Be Happy”
A fall of four places for Bobby this week after three weeks of climbing to No.2 last week.

5. Erasure – “A Little Respect”
Andy and Vince are down one place this week with their third single from their number one album “The Innocents”.

4. D Mob – “We Call It Acieeed”
Down one this week for the former dance chart number one that is really Dancin’ Danny D (Daniel Poku) in real life!

3. Whitney Houston – “One Moment In Time”
Last week’s number one is down two places this week and Whitney also falls in the US where this song has peaked at No.5.

1. Enya – “Orinoco Flow”
Up four places this week for this Irish singer and composer and she takes the top spot with the lead single from her forthcoming second studio album.

Make sure you come back in seven days time for next weeks chart!

To check the latest chart click here or click the image below to read about previous weeks. 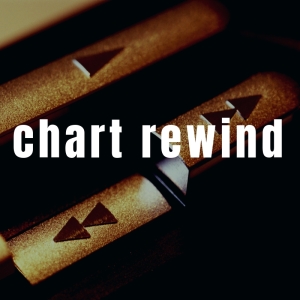 If you enjoy what you read on this site – you can donate to show your support!