50 years of everyone’s favourite Pop Princess as she celebrates her “Golden” birthday!

Written and compiled by Christopher Smith 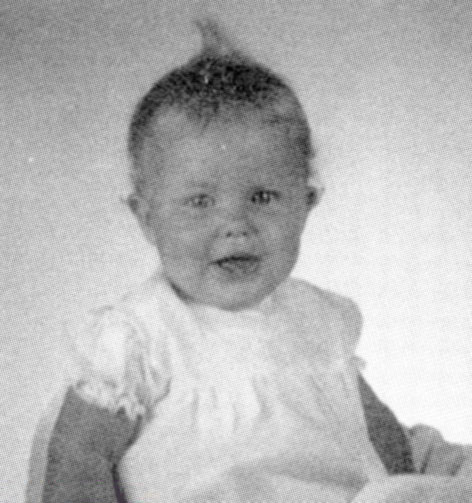 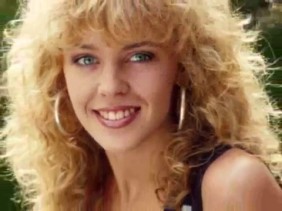 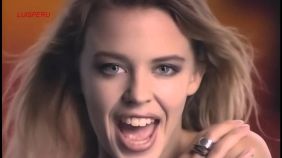 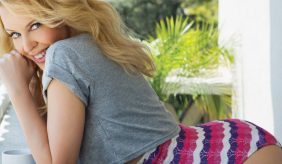 Yes it’s true, Kylie Minogue IS ‘golden’ today as she turns 50. To celebrate this, we’ve compiled 50…YES 50 interviews with Kylie from down the years, charting her rise to fame and the highs and lows of being The Princess of Pop.

Simply click on the play the video playlist below for our K50 video playlist, use the arrows to browse your way through a history of Kylie interviews from 1988 to 2018.

How television has changed over the course of thirty years too! Some old favourites are included here. It would be great to hear your memories of these interviews and indeed the programme’s themselves, all now consigned to TV history…

1. Her first UK interview from January 1988 was on TVAM

3. Kylie and Dannii made their UK debut together on Going Live! in 1988

5. Kylie and Jason promoted “Especially For You” with Des O’Connor in December 1988

7. A very different looking Kylie promoted “Better The Devil You Know” on Going Live! In April 1990, its debut ‘airing’

8. …and with Gloria Hunniford to ‘plug’ “Step Back In Time” that October

10. It was a classy, grown up Kylie that appeared with Jonathan Ross in 1992

11. And here she is discussing her “Greatest Hits” with Andi Peters also in 1992

12. She left PWL that year and joined hip, happenin’ dance label deconstruction, after spending 15 months writing and recording, she returned in 1994. Here she is talking to CBBC about it.

13. She also promoted her new album on music magazine The Ozone

15. Once again, it was a very different looking Kylie with Clive James in 1995

16. And she promoted “Where Is The Feeling?” on Steve Wright’s Saturday evening show that Summer

19. Here’s Kylie on The Ozone again to promote “Some Kind Of Bliss”

22. The newly reinvigorated Kylie was back and relaunching herself on CD:UK in June 2000

23. She also appeared on Jools Holland’s show that year too

24. …and was back on TFI Friday with Chris Evans as well!

25. And another appearance on teen music magazine The Ozone

26. That Christmas she was a guest on Frank Skinner’s show

28. A Top Of The Pops interview from the same year

29. Kylie talks about her first UK performance on Top Of The Pops

31. Kylie was back with Jonathan Ross on his Friday night show in 2002

33. She was also promoting the single on GMTV

36. And she was doing the same with Des and Mel on their daytime show

37. Kylie gave a backstage interview in early 2005 to coincide with the Showgirl tour

38. She returned in 2007 with the emotional Showgirl Homecoming tour and the film ‘White Diamond’ that was released

39. Kylie was up for Best International Female at the 2008 Brit Awards and here she is backstage

40. And she was present at the 2009 ceremony too, she speaks backstage

41. Kylie’s massive album “Aphrodite” was released in 2010, and here she speaks on This Morning

42. She also promoted “Aphrodite” on GMTV

43. Kylie’s career was put on hold in 2005 as she was treated for breast cancer. Here she talks to Jonathan Ross in 2010 about her experience

44. Kylie performed at The Queen’s Diamond Jubilee in 2012, here she is talking at the show about it

45. In March 2014, Kylie was promoting her latest studio album “Kiss Me Once”

46. She also gave an interview to Sky News about it too

47. She returned to This Morning in November 2015 to introduce her Christmas album

48. Here’s Kylie being interviewed in France in 2016, looking back over her amazing career

50. Kylie celebrates the release of “Golden” on The One Show in April 2018

We hope you enjoyed this trip down memory lane, and remember, we would love to hear your comments, memories or maybe just a few words about Kylie on this very special day.